Universities must inspire the Future of Europe

Universities must step up to the unique challenge of leading the debate on the future of Europe, ensuring freedom of expression, quality of argument, and critical dialogue; practices that are currently being threatened on other continents. 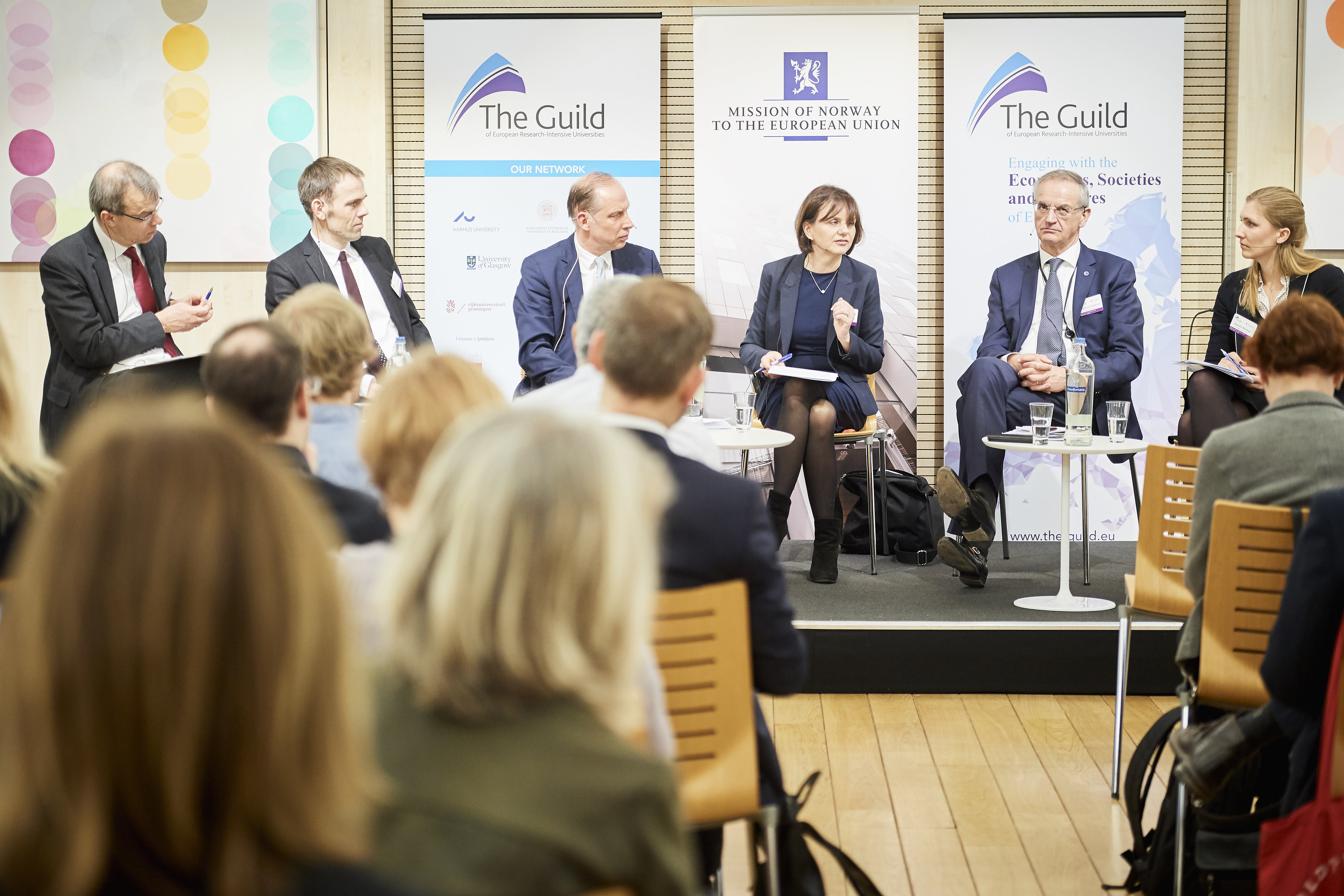 Six days after Jean-Claude Juncker released the Commission’s White Paper on the Future of Europe, the Guild of European Research-Intensive Universities held an event at the Mission of Norway to discuss the role of universities, through their research and teaching, in shaping this future. At issue were both the contributions universities can make to the debate through their research; and how universities as truth-seeking and trust-building institutions can contribute to this debate at a time when science and truth are under attack.

The panel welcomed the White Paper as timely; Prof. Luuk van Middelaar from the University of Louvain noted that not only has the EU traditionally focused on securing freedoms for its citizens, but that in this the EU has also delivered. However, today’s challenges are quite different. Questions around securing the external border, the refugee crisis and social inequality are issues that require protection, not freedom. He pointed out that new instruments are therefore needed, and that requires a reflection of what the EU should be doing – and how it should be doing it. 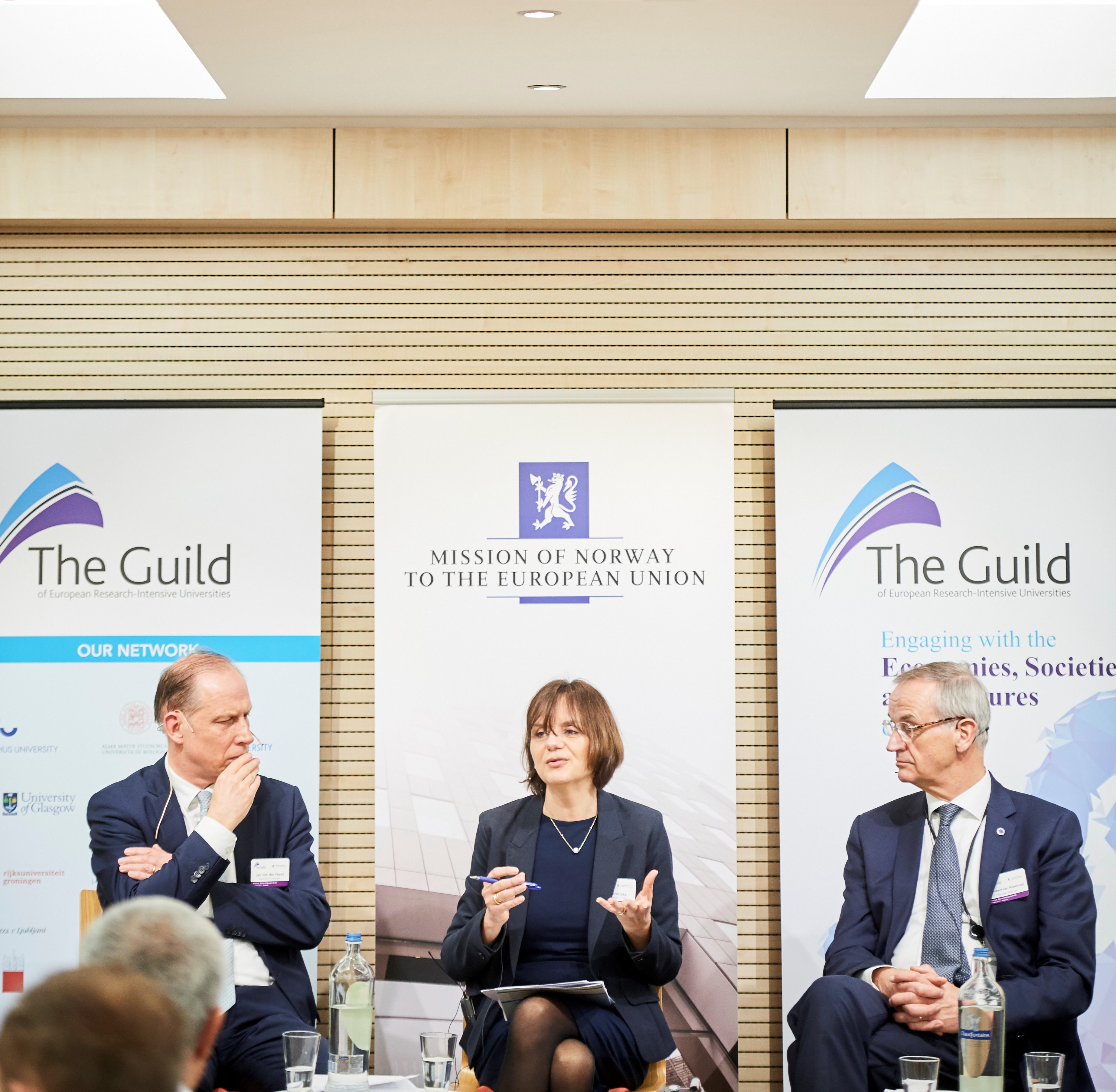 Through the work of Prof. Åse Gornitzka for ARENA (University of Oslo) the panel discussed the paradox that the complexity of governance in the modern world requires more and more specialist expertise. It is more essential than ever for governments to trust good science. At the same time, we need to acknowledge that the nature of public debate has changed dramatically, and the challenge to ‘experts’ being seen as remote has never been greater.

Prof. Jan van der Harst from the University of Groningen added that we should welcome current controversies around the EU, as they show that people are engaged in the debate. He reminded us that up until the 1990’s, there was virtually no political debate in most member states. Van der Harst also noted that, since the EU had achieved many of its original objectives, choices for the future are much less clear, and require debate. We therefore need to embrace a new level of public engagement, and acknowledge the particular role of universities.

Lambert van Nistelrooij (MEP, European People’s Party) agreed that what is needed is a new way of communicating and engaging with the public around what the EU does – and does not do. He gave a very personal example around his commitment for growth and innovation, noting just how active Dutch universities have been in creating high-tech jobs, and translating their research into regional growth. Natasha Bertaud – spokesperson for Jean-Claude Juncker – emphasised the core purpose of the White Paper: member states and citizens need to make their choice about what they want the EU to do, as well as what they do not want it to do. And she echoed van Nistelrooij in commenting that as part of this debate we need much greater clarity around the current achievements of the EU – what achievements and responsibilities were its own, and what were those of member states. 60 years after the Treaties of Rome, it is time for a debate about the future of Europe.

The panel agreed that universities must take an important lead in engaging with the Future of Europe. From their origins in 1088 Universities were predicated on the 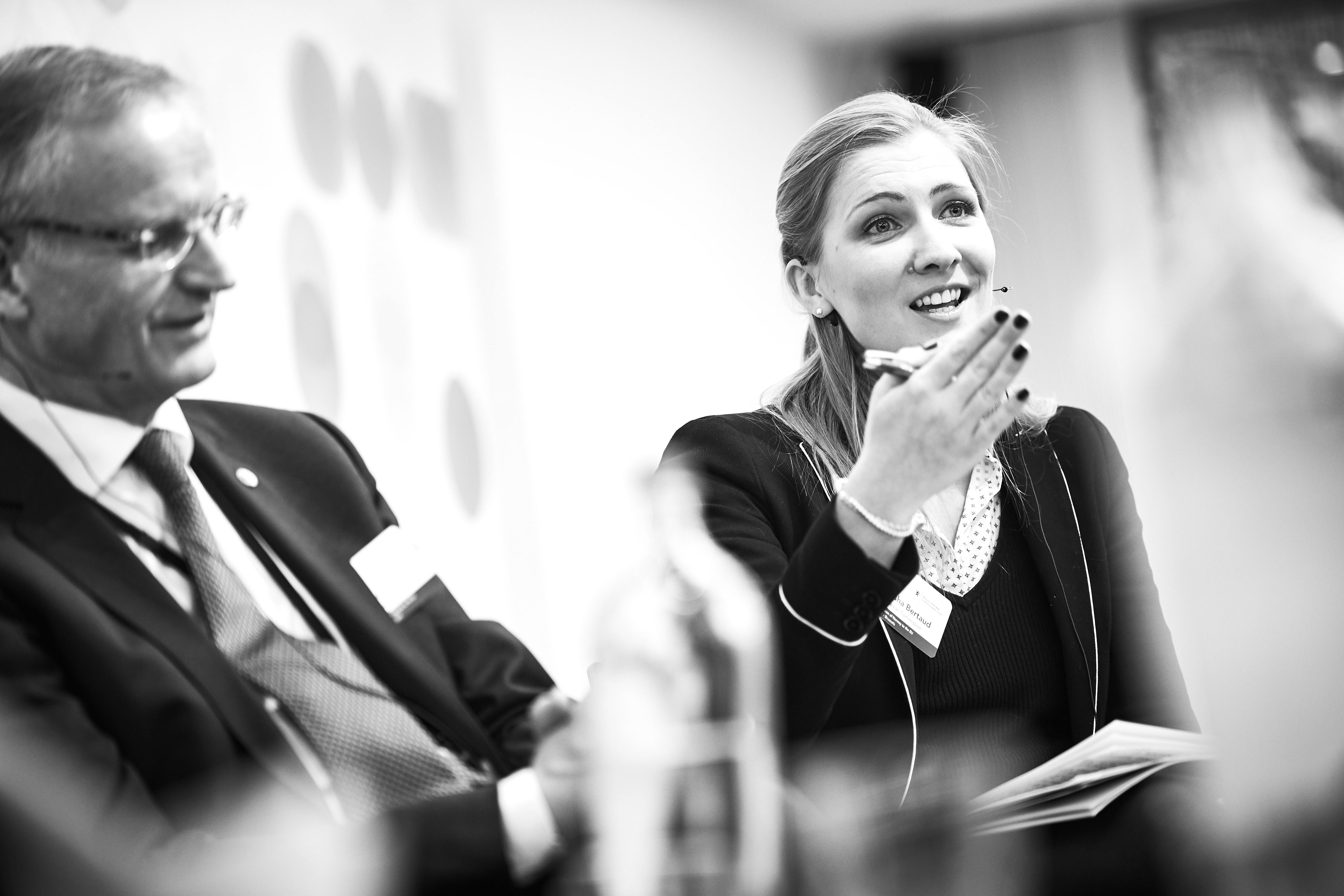 movement of students and staff, and the exchange of knowledge and ideas, across borders. As some of Europe’s most ancient institutions, universities are not only key to Europe’s past, they also have a clear stake in the future of Europe. In this debate they must give room to all views, and universities have a responsibility to represent doubt as well as truth and knowledge. And in this debate about past, present and future achievements, universities also have a duty to acknowledge where improvements need to be made in European higher education; be it in the social and ethnic inclusion in our student body, be it in the realisation of gender equality as one of a number of goals that we have not achieved as part of the European Research Area, or the continuing gap in research capacity between universities in higher- and in lower-performing regions of Europe.

Universities have a key role in countering populist claims of a post-truth society where ‘alternative facts’ can exist, through the critical skills and the ethics we teach our students, and by the knowledge we produce through our research. It is critical not just for what universities do, but for the kind of society we see ourselves as being. Europe’s destiny must be governed by trust, truth-seeking, mutual respect and freedom of ideas, and regard for knowledge and culture: these are the essence of universities, and they must be the essence of the future of the EU.