Bringing together 250 participants from across Europe and Africa, The Guild and the African Research Universities Alliance (ARUA) organised a virtual conference on 22 November 2021 to discuss how R&I should become central to the AU-EU partnership in a sustainable way. 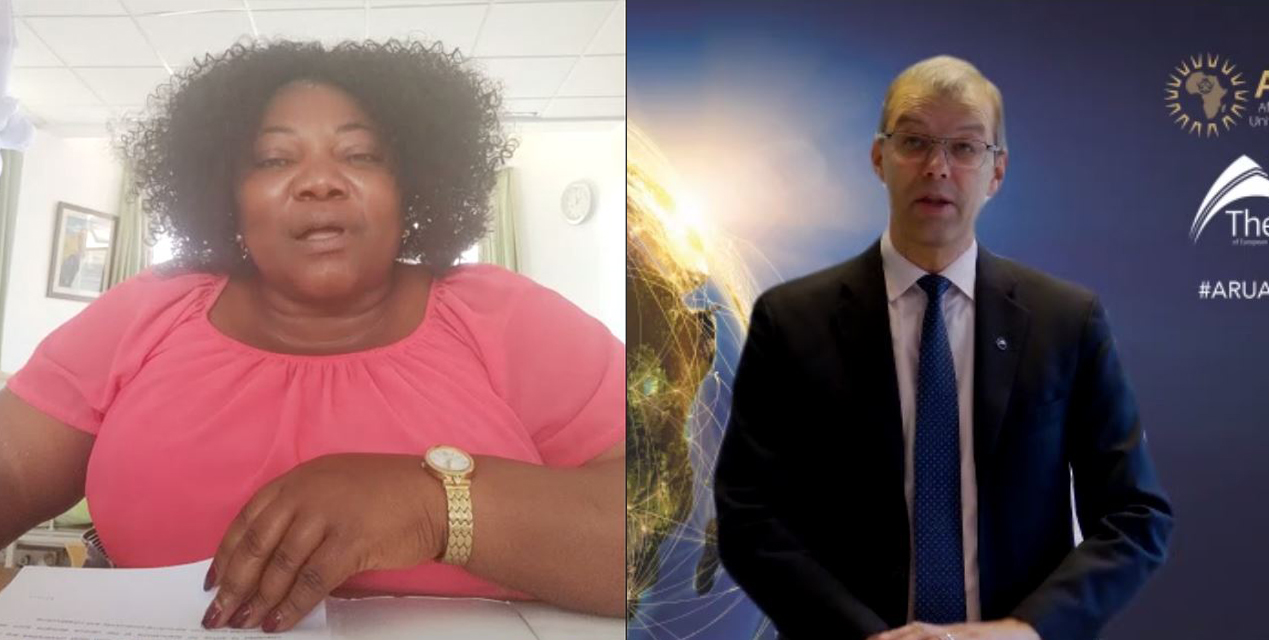 Ahead of the upcoming AU-EU Summit, scheduled to take place in February 2022, the conference provided a timely debate on how to strengthen Africa’s knowledge society, and the role of universities in tackling the AU’s and EU’s common challenges, from post-pandemic recovery to climate change and digitalisation. “In the second AU-EU Ministerial Meeting of 28 October, the Foreign Ministers explicitly acknowledged the key role of education and skills development, as well as research, technology and innovation in the green and digital transformations,” Jan Palmowski, Secretary-General of The Guild, noted as he set the scene for the discussions.

Opening the conference, Sarah Anyang Agbor, Commissioner for Human Resources, Science and Technology at the African Union Commission (AUC), highlighted the role of universities in the innovation ecosystem, fostering the skills of new generations of students and entrepreneurs: “It is important that we find the synergies between the policymakers, the academia and the private sector so that research can be conveyed to the marketplace and to the end users who need it.” Calling for reimagining African higher education, she stressed the need to work together: “The research, education and skills evolution will only be possible if we take action.”

Framing the conversation for the panel discussions, Peter Maassen, Professor at the University of Oslo, Nico Cloete, Research Professor at Stellenbosch University, and Jane Catherine Ngila, Acting Executive Director at African Academy of Sciences, presented insights on Africa’s current knowledge capacity. Some of the major challenges for realising Africa’s full research potential lay in low levels of public and private funding on R&D and in a lack of collaboration between African scholars. “To stimulate intra-African collaboration, the Clusters of Excellence can be a key component,” Maassen underlined. Ngila also highlighted the African Research Initiative for Scientific Excellence (ARISE) pilot programme, funded by the European Union, which enables early-career scientists to undertake excellent research projects, reflecting the AU’s and the EU’s priority areas of cooperation. 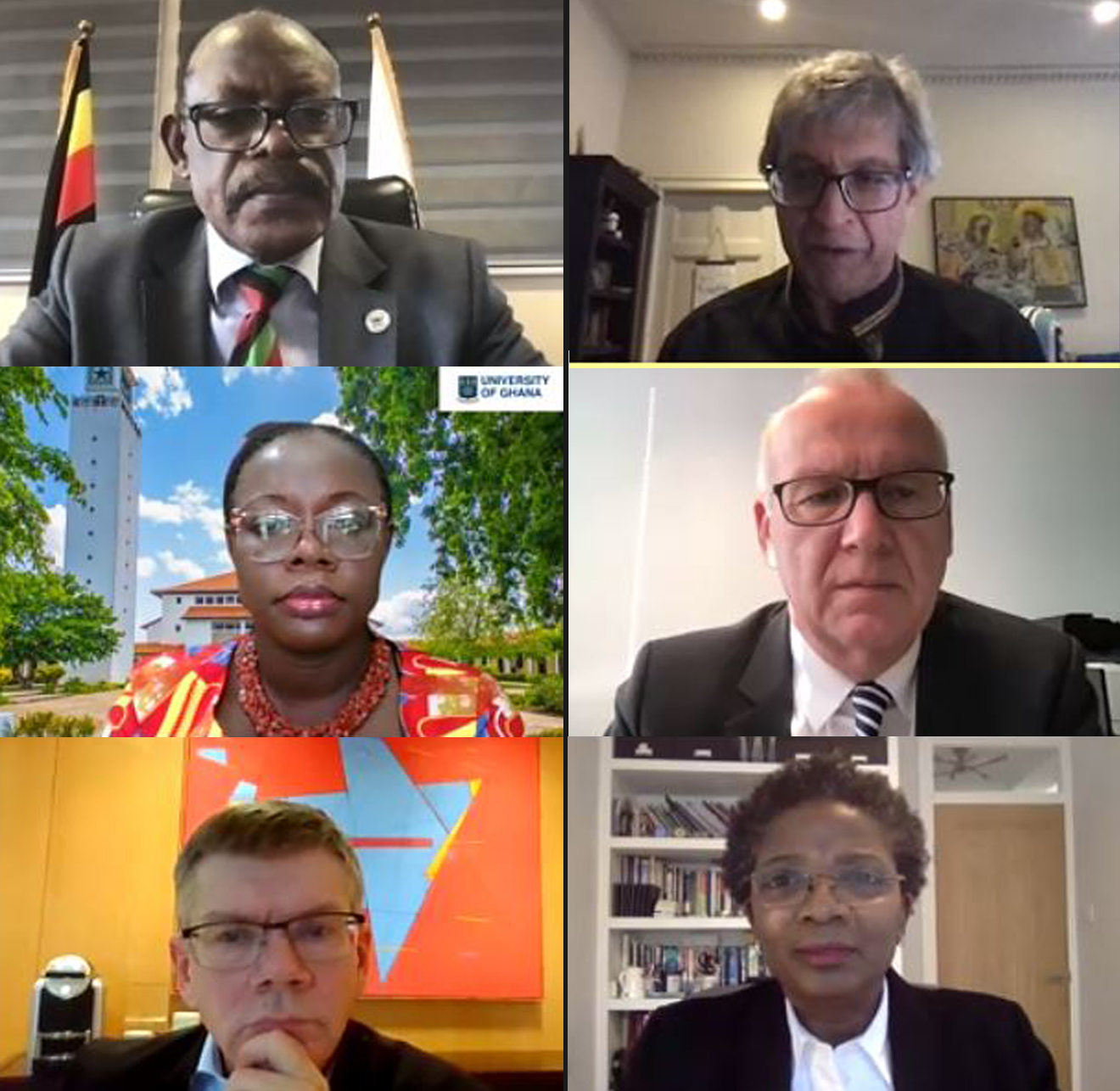 Moderated by 'Funmi Olonisakin, Vice President (Global Engagement) at King’s College London, the first panel zoomed in on how universities can lead a post-pandemic society. The panellists, including Barnabas Nawangwe, Vice-Chancellor of Makerere University, and Nana Aba Appiah Amfo, Vice-Chancellor of University of Ghana, discussed the need for changing the practices of how universities work together and called for universities to be more prominent in showcasing to policymakers and industry the key role the institutions play in tackling future challenges. Adam Habib, Director of SOAS University of London, stressed that transnational challenges can be only solved by collaborating between European and African universities: “We all either learn to swim together or we will all sink.”

Svein Stølen, Rector of the University of Oslo, noted that the key in developing the partnerships is to move away from short-term project-based funding towards enhancing long-term collaboration, thus strengthening the research excellence of African universities. A similar call was also made by 20 Rectors’ Conferences last June, Bernd Scholz-Reiter, Vice-President for International Affairs at German Rectors´ Conference, highlighted, explaining that we need a new approach towards tackling our common challenges together. 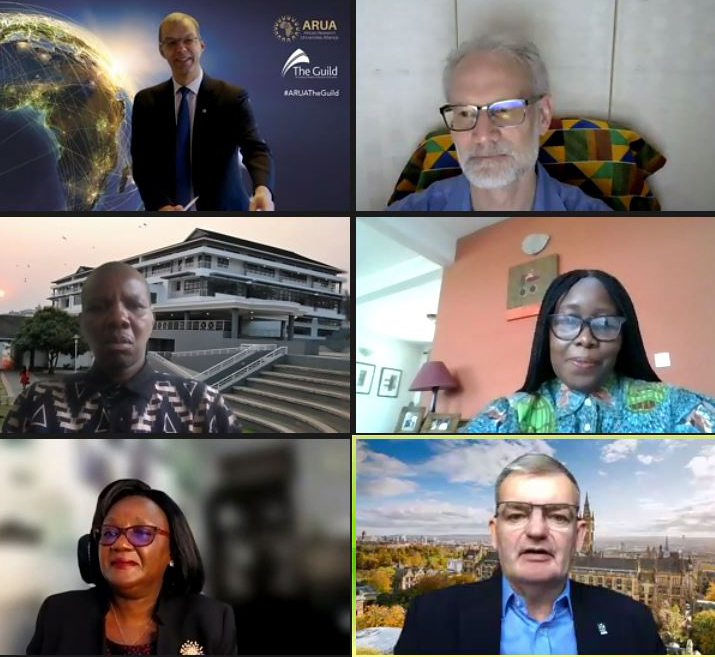 In the second panel, led by Paul Garside, Dean for Global Engagement (Africa and the Middle East) at the University of Glasgow, the participants expressed the needs researchers have from collaboration. Enforcing the calls of the first panellists, Ama de-Graft Aikins, British Academy Global Professor at University College London, and Mwapatsa Mipando, Dean at University of Malawi, stressed the importance of committing to long-term symbiotic partnerships, built on mutual benefits as well as a recognition of how not just African science had benefited from Europe, but also how European science was indebted to Africa.

The panellists, including Murray Leibbrandt, Professor at University of Cape Town, and Rhoda Wanyenze, Dean at Makerere University, discussed the need to direct investments also towards long-term collaboration to ensure the funding is sustainable and enables universities and research centres to develop the needed infrastructure and partnerships at an early stage. "Additionally, within the research investments, we need to look into equity across gender and generations, as the next generation of young researchers are often not involved," Wanyenze noted. Leibbrandt also articulated that inter-African collaboration was absolutely essential for scientists to fully capture the regional complexities of wider sustainable development challenges. 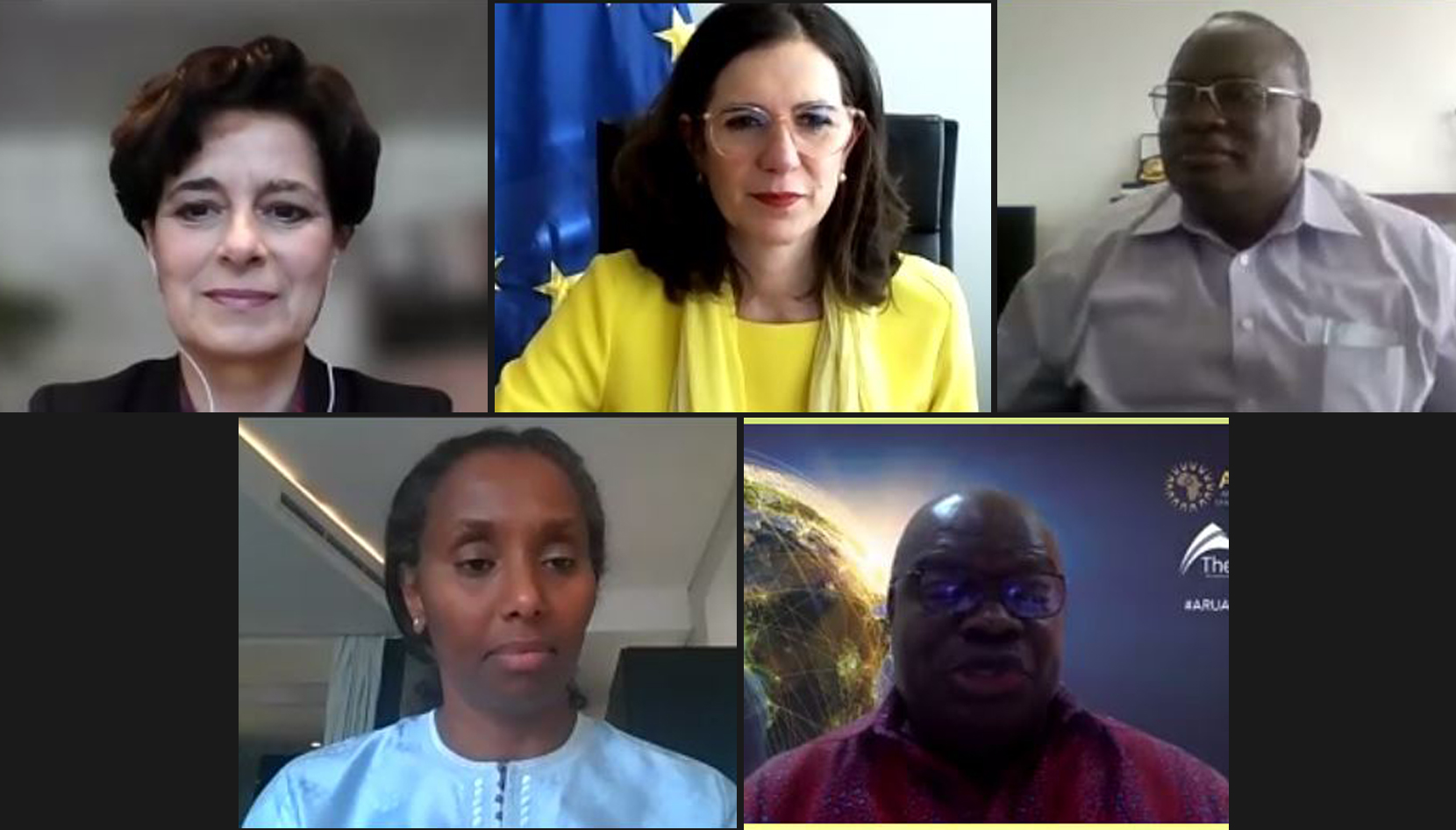 The final panel of the conference, moderated by Ernest Aryeetey, Secretary-General of ARUA, provided an opportunity for policymakers from the EU and AU, including Mahama Ouedraogo, Acting Director for Human Resources, Science & Technology at the AUC, to respond to the key concerns of researchers and universities voiced in the two previous panels. Maria Cristina Russo, Director Global Approach & International Cooperation in R&I at DG RTD, and Carla Montesi, Director for Green Deal, Digital Agenda at DG INTPA, highlighted the European Commission’s commitments in fostering educational exchange and enhancing Africa’s knowledge society by for example tripling the Erasmus+ budget allocated for the continent. “Universities in Africa can play an important role in fostering the people-to-people connectivity between Africa and Europe,” Montesi noted referring to the Commission’s new strategy of Global Gateway partnerships which aims to enhance connectivity with the African continent.

Montesi together with Souad Aden-Osman, Executive Director of the Coalition for Dialogue on Africa, emphasised the crucial role research has played in the decision-making during the pandemic. “Universities are the bedrock of research, and there will be no proper development without proper research,” Aden-Osman stressed, calling for better resources for universities.

Closing the conference, Njuguna Ndung’u, Executive Director of African Economic Research Consortium, and Jean-François Lancelot, Chief Executive of Networks at Association of Francophone Universities, discussed how to improve skills development with educational partnerships and by driving digital transformation. “Universities are the main actors in transmitting high level research to our societies, additionally to providing excellent education. The EU and the AU should build space for enhancing innovation at universities and promote international mobility for young researchers,” Lancelot concluded.

You can watch the full conference recording below and access the presentations shown during the keynotes here. More information on the event, including its programme, can be found here. The Guild’s and ARUA’s joint concept note on strengthening Africa’s research, innovation and higher education capacity can be downloaded here.