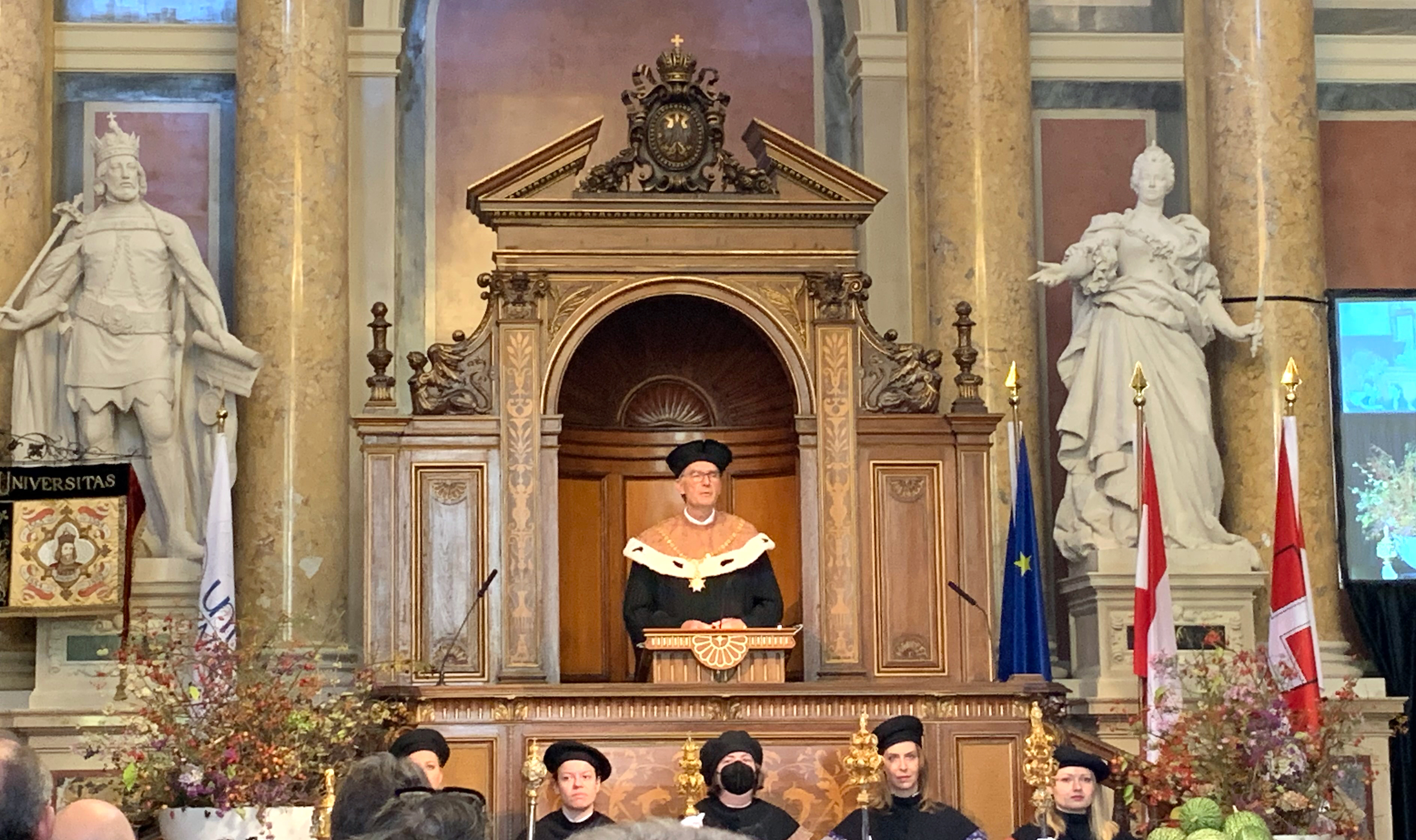 Prof. Pollmann’s international academic background is paralleled by that of Professor Sebastian Schütze, who succeeds Heinz W. Engl as the University of Vienna’s new rector. Having received his doctorate from the Free University of Berlin, Schütze held positions in Berlin, the Bibliotheca Hertziana in Rome and Queens’ University in Kingston. He became Professor of Modern Art History at the University of Vienna in 2009, and in 2018 he was elected Dean of the Faculty of History and Cultural Studies.

“In Bernd Engler and Heinz Engl, we are losing two rectors of The Guild’s first hour. They have been instrumental in enabling their universities to flourish and be recognised among Europe’s finest universities. They have also been staunchly committed to The Guild, making seminal contributions to what we have become. Through Karla Pollmann and Sebastian Schütze, I look forward to the continuing commitment of both universities, and the leadership of both rectors through our General Assembly,” Jan Palmowski, Secretary-General of The Guild, commented.