In their first meeting of 2022, The Guild Vice-Presidents discussed how the Pact for Research and Innovation, and the Council Conclusions on ERA Governance, would be implemented. 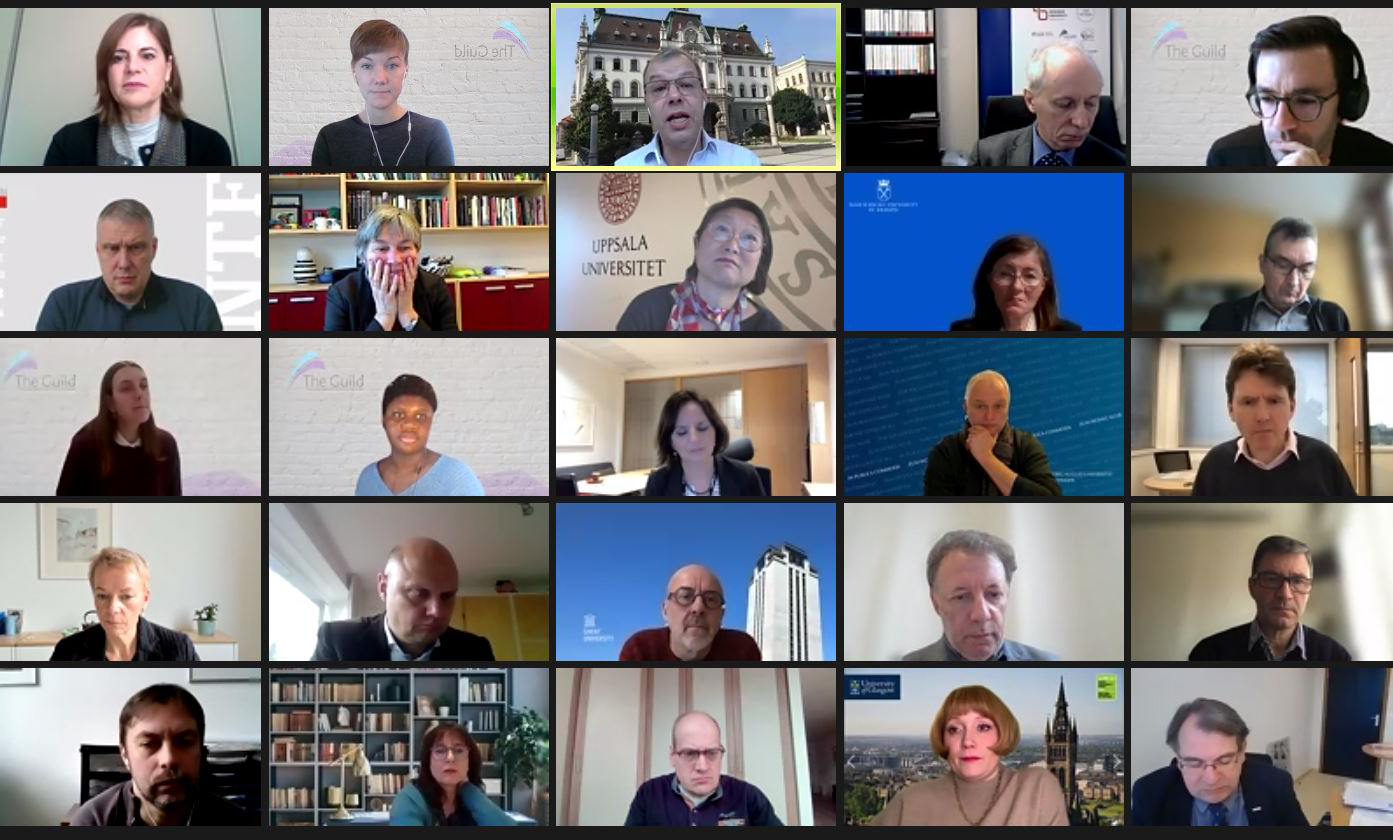 Following the adoption in the Competitiveness Council of the Pact for Research and Innovation, and the Council Conclusions on ERA Governance at the end of 2021, The Guild’s Vice-Presidents discussed the European Research Area (ERA). To that end, they welcomed Anna Panagopoulou, Director European Research Area & Innovation at DG RTD, to reflect on how universities could engage in turning the vision of ERA into reality.

Discussing the actions included in the ERA Policy Agenda, the Vice-Presidents highlighted the importance of strengthening research infrastructures and ensuring open science practices are aligned with the interests of researchers. They also welcomed the inclusion of the European Open Science Cloud (EOSC) as an ERA priority action. In addition, the Vice-Presidents welcomed the action focused on academic freedom and called for a common framework to ensure academic freedom is protected also in international academic and research collaboration. A key challenge at the European and national level, they pointed out, would be to prioritise between a range of actions which were all of great importance to universities.

Regarding implementation of the various actions, the Vice-Presidents shared their concern that European University alliances should not become test beds for everything related to the ERA actions. It would be important, they emphasized, to explore with them carefully the added value of implementing particular actions within the collaborative context of European Universities. They also emphasised the importance of consulting universities throughout the implementation process of ERA.

Fruitful first meeting of The Guild Vice-Presidents in 2022: great discussions with @A_Panagopoulou on the @EU_Commission's innovation agenda and how to turn #EUResearchArea into reality! pic.twitter.com/DKLKpQMLtK