On 22 October, The Guild’s Presidents gathered for their general assembly, at a time when the Commission and the Council are articulating key strategic initiatives in research, innovation and education. 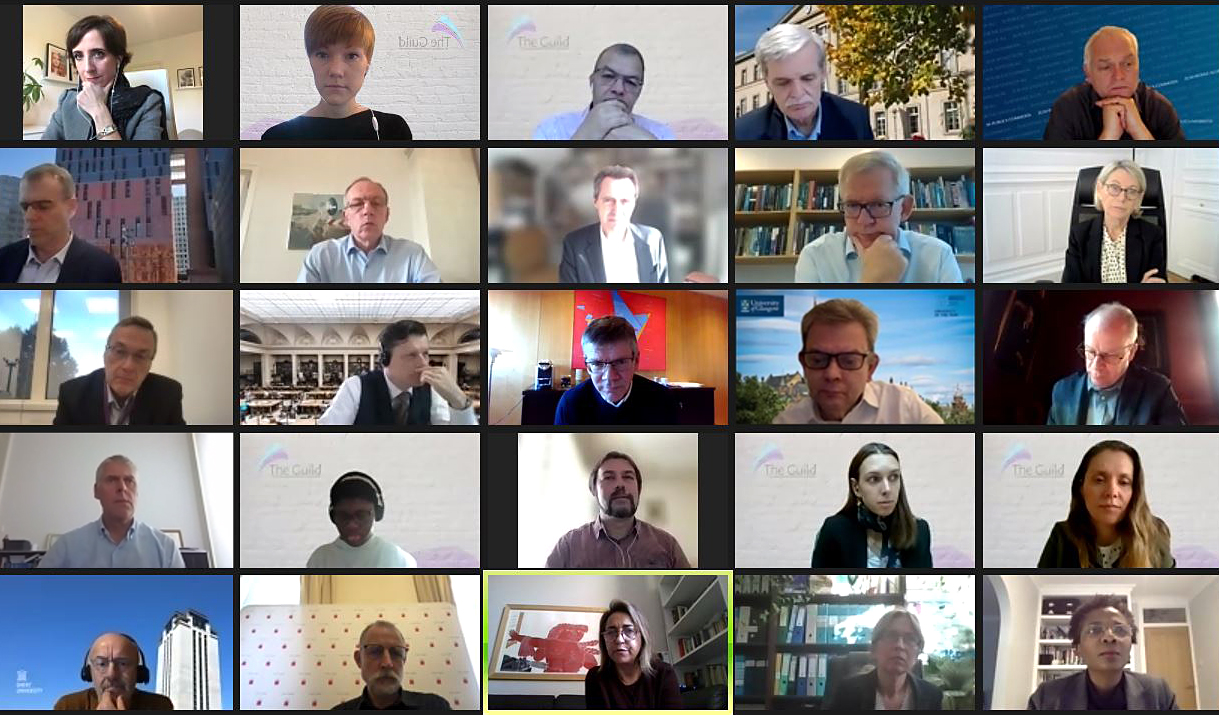 The Presidents welcomed Themis Christophidou, Director-General at DG EAC, to exchange views on the European Strategy for Universities which the Commission is aiming to publish during the French Presidency, by the end of January 2022. The Presidents highlighted green transition as a key challenge for Europe’s universities. They also emphasized the need to defend academic freedom and institutional autonomy.

While the Competitiveness Council of Ministers, under the leadership of the Slovenian Presidency, is aiming to conclude the revamp of the European Research Area (ERA) in November, the General Assembly provided a pivotal moment for the Presidents to discuss with Simona Kustec, Slovenian Minister for Education, Science and Sport, the strategic direction of ERA, its future governance as well as the key actions that will distinguish ERA. The Presidents emphasised the importance of including associated and third countries in the ERA governance, noting that these must be included in any thinking about the closer alignment of national research systems. Furthermore, the Presidents expressed concerns regarding the existing regulatory frameworks on health data which are posing major challenges for collaborative data-intensive medical research.

During the meeting, the Presidents discussed how best to manage the academic year in light of various covid restrictions. They were also joined by Kostas Glinos, Head of Open Science Unit at DG RTD, to discuss the articulation and the implementation of the Commission’s initiative to reform research assessment. In the discussion, Presidents recognised the need for reflecting changes in research practices in revised research assessment, reflecting on how best to realise the principles of research assessment reform in the different national and institutional contexts of Europe.

Minister @SimonaKustec at @guildeu General Assembly: Minister @SimonaKustec: "New European Research Area needs to be co-created with the stakeholders. The goal of @EU2021SI is to capitalise on the diversity and experiences of the university sector and of others sector. #ERA pic.twitter.com/WvvThHxTMd