An interview with Daniel David, rector of the Babeș-Bolyai University

Today, 1 June 2020, the Babeș-Bolyai University (UBB) officially becomes The Guild’s twentieth member. To mark the occasion, The Guild interviewed Rector Daniel David to learn more about his vision on the past, present, and future of the Romanian leading research university. 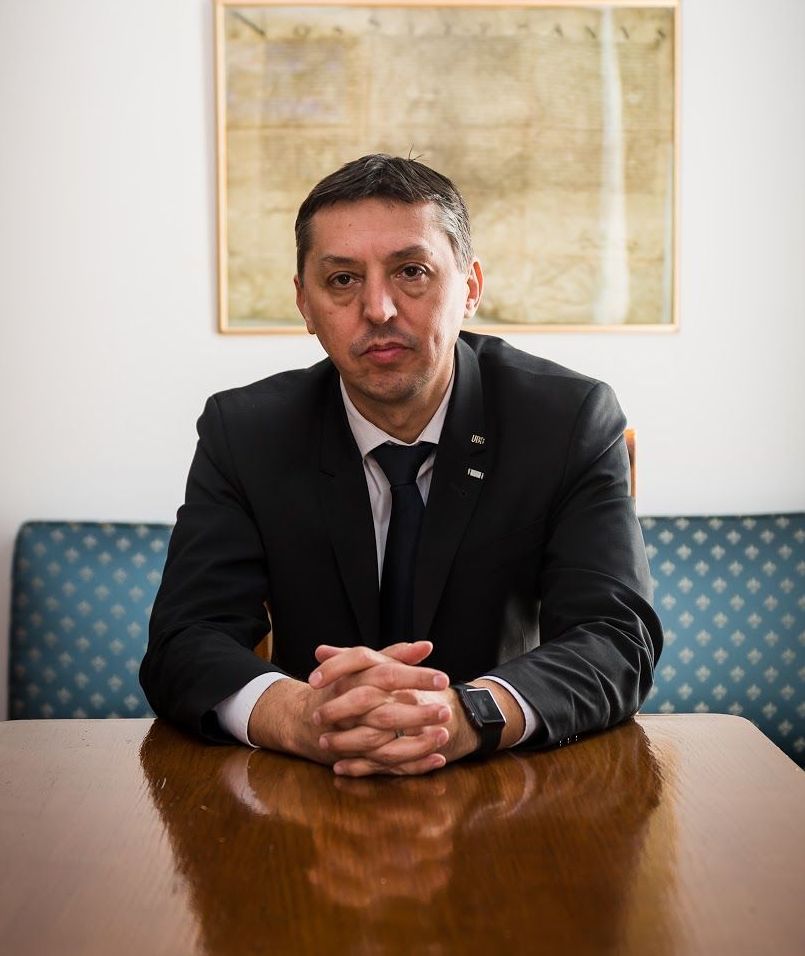 The Guild: What makes UBB stand out amongst universities in Southeastern Europe?

Daniel David: A very wise and efficacious combination of tradition (starting in 1581); excellence (as seen in various global or subject-based rankings in the region); and multiculturalism—three official languages (Romanian, Hungarian, and German) and one of the most complex theological offers in Europe (Greek-Orthodox, Greek-Catholic, Romano-Catholic, and Reformed), which nicely complement our striving for excellence in science.

The Guild: What vision do you have for UBB?

Daniel David: I will answer briefly with our academic motto: Traditio Nostra Unacum Europae Virtutibus Splendet (Our Tradition Shines Together With European Values).

The Guild: How did UBB’s academic community welcome the news that UBB would join The Guild?

The Guild: What can UBB bring to The Guild’s network?

Daniel David: Many things, but because the space is limited, I will give you only one example. Some countries and universities are now very interested in the concept of European Universities, whereby it is crucial to have students and academic staff experiencing learning in various languages and cultural environments. In this regard, with three official lines of study reflecting the history of Transylvania – Romanian, Hungarian, and German – and many programs in English, French, Italian, and Spanish, UBB is already there, ready to share its experience.

The Guild: What is the origin of UBB?

The Guild: What does the University’s current name – Babeș-Bolyai – tell us about its evolution?

Daniel David: In the communist period, the Romanian university was renamed Victor Babeș University and a part of the Hungarian university continued in Romania under the name of Bolyai University. Victor Babeș University and Bolyai University were united in 1959 under the current name of Babeș-Bolyai University. During its whole history the institution was well anchored and integrated in the European academic area, often to the highest standards. However, during the communist period, research was taken out from the Romanian universities. Following the Soviet model, research was moved into national institutes and the institutes of the national academies, in order to better control and weaken the university communities, too attached to their academic tradition for the taste of the communists. At that point, the universities were mainly teaching institutions.

The Guild: With regard to this rich and long history, what do you hope to gain from UBB’s membership of The Guild?

Daniel David: After the anti-communist revolution of 1989, UBB forcefully reclaimed its full university tradition and mission—generating knowledge through research, as a foundation for advanced teaching and innovative relationships with society. The University has recently reached a level of international excellence in teaching and research (as highlighted in the QS World University Rankings). UBB was one of the most vocal Romanian universities in reclaiming this profile. We are now ready to move into another phase, toward a full world-class profile. Hopefully, our experiences and interactions in The Guild will help us move toward this target quickly and steadily. The voice of UBB will be heard much stronger, not only in the country, but also internationally.

E-mail this page
>
2020 > An interview with Daniel David, rector of the Babeș-Bolyai University