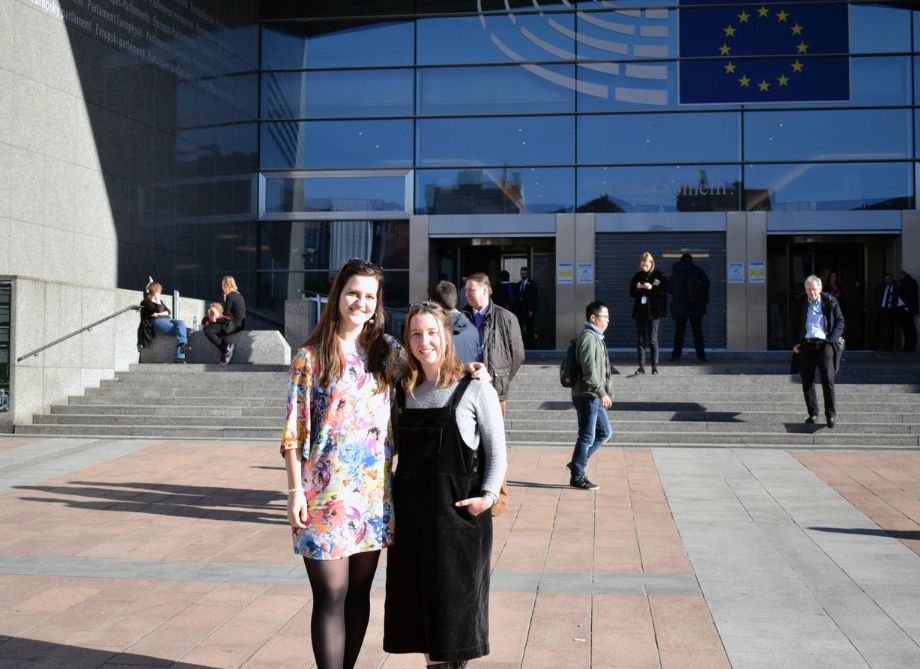 Valentina Novak and Rosie Pearce in front of the © European Parliament.

While studying an MSc in Politics, Philosophy and Economics at the University of Groningen, I applied for a traineeship at The Guild. I was keen to work at an organisation with the capacity to impact research and education policies in the EU. My academic background in politics also played a role – in Brussels I could work close to the European Union HQ to better understand international governance. A new Erasmus+ grant for traineeships covered the costs of the relocation, reducing the stress of moving to a new city.

I had studied policymaking but with no real-life experience, The Guild’s work with universities and the higher education sector appealed to me because I felt slight familiarity with the sector. Education and tuition policies had directly affected me; both positive changes like Erasmus+ and negative ones like rises in fees.

I travelled to Brussels two or three times during my teens to visit the EU and local parliaments and felt a need to return for a longer period. I reckoned I could find my place in a city so global yet local and had always imagined meeting friends after work in the little pubs here.

Settling into the working environment was straightforward and has been fulfilling. At The Guild, we regularly host meetings at the office. I was spoilt for choice for interesting seminars and events to go to during and after work including those hosted at EU institutions. There were many opportunities to learn in-depth about responses to issues from artificial intelligence to climate change, and to discuss them afterwards too. I also met role models this way. It has been invaluable for me to learn about other people’s paths and has made a career in public policy seem within reach.

The tasks and projects I’ve completed as a Junior Policy Officer have been interesting. Putting together policy briefings and background reports strengthened my research skills. My knowledge of issues in the universities sector has improved.

I have become familiar with the opportunities and challenges that researchers and universities face, and how they are affected by domestic and international developments in the social, legal, political, economic and technological spheres. Before I came to The Guild, I had anticipated many stages of compromise in policymaking. However, having seen the process first-hand I can better appreciate the plurality of the pressures facing groups and stakeholders who influence and write legislation.

I am pleased I successfully applied to The Guild for the traineeship. I have gained skills, knowledge and experience that equip me well for my career. Next month I start a Policy Officer role at the Medical Schools Council, based at Universities UK, in London. It is a direct step from the Junior Policy Officer traineeship at The Guild. I am happy I was introduced to a professional passion and provided with the relevant experience to find an ideal job for me.

Around a year ago, on a cloudy Wednesday in November, a good friend of mine saw an offer in her mailbox by chance. “It’s from this network, called The Guild,” she said to me. “I thought you’d be interested – it’s Brussels-based, and they are looking for a Junior Policy Officer.” Even though I had worked in Brussels before, and I wanted to return, I was a bit hesitant at first because I was not particularly familiar with the field of research, innovation and education. Still, I gave it a shot.

I remember my first assignments felt challenging – new and unfamiliar, but at the end of the day it all worked out. The biggest reason for this was the team. They took the time needed to answer my questions, and always had a down-to-earth, sincere approach to everything, which made me feel welcomed and comfortable.

Besides the great colleagues I got to work with, being at The Guild taught me a lot about the Brussels-EU bubble in practice. I recall learning about the work of EU institutions back home when I did my Bachelor’s in Journalism and then my Master’s in Political Science at the University of Ljubljana in Slovenia. But it’s different to learn about them when there is one of the EU’s largest institutions literally 5 minutes away from your office. You can sit in the working group meetings, learn about the trialogues between the main EU institutions and grasp the differences in their work first-hand. 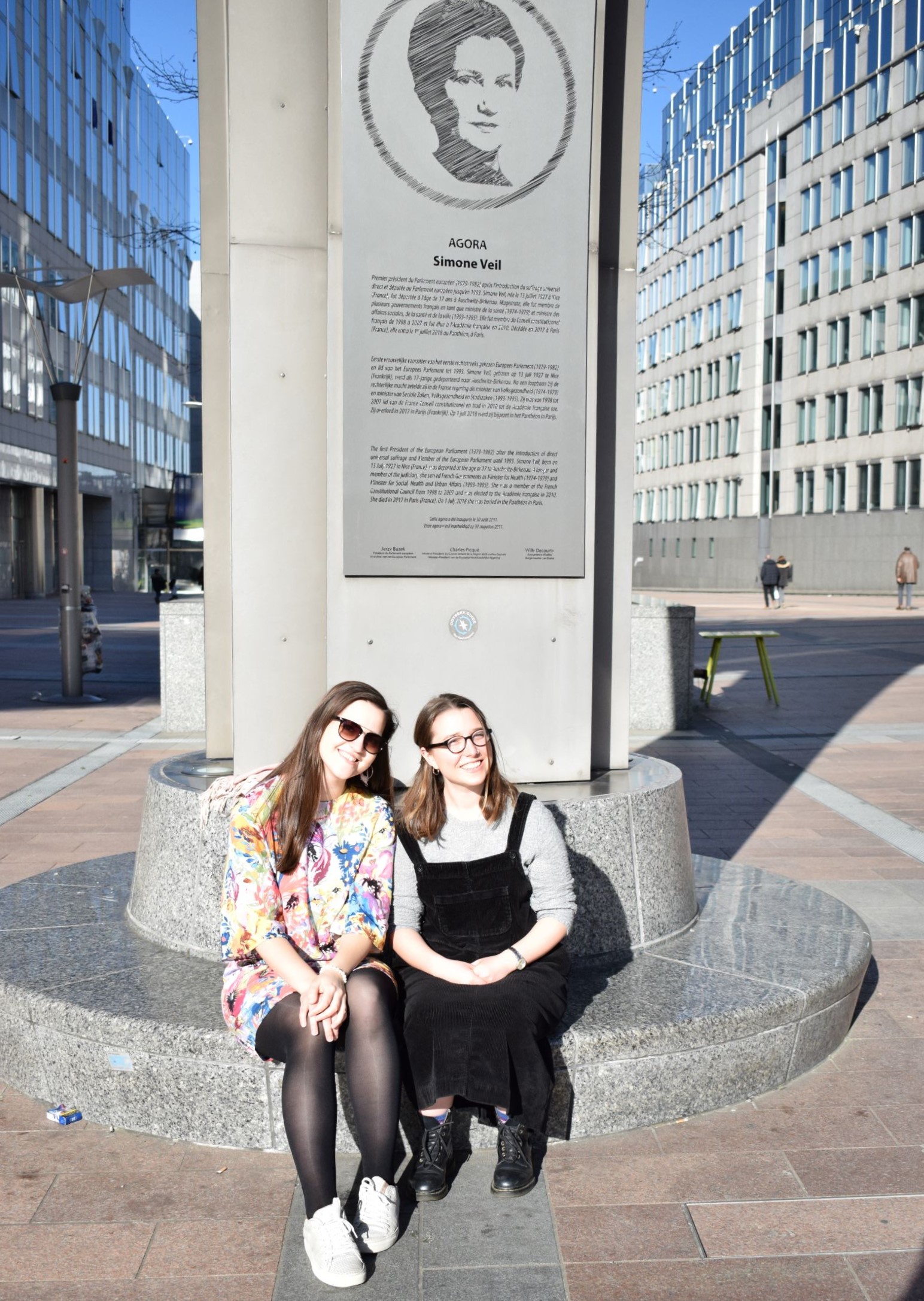 It also made me realise there isn’t just journalism out there for me. If I hadn’t tried to work in The Guild’s areas – which were completely new to me – I would have never discovered other interests and potential careers. No matter how cliché it sounds, this traineeship made me not just more open-minded, but also aware of the importance of the EU community.

In a couple of days, I will be starting a Bluebook traineeship at the European Commission, where I’ll be working in Directorate-General for the Budget of the European Union. It’s safe to say that this will be quite new for me again. But probably I would have never gotten this opportunity if it wasn’t for this office and this city, both of which inspired me. And if I didn’t listen to my friend on that cloudy Wednesday.

I would highly recommend this opportunity to young, avid students. You might end up just like me – opening your horizons, getting valuable experience and in the end, also falling in love with this multicultural bubble that is Brussels, with its Art Nouveau masterpieces, countless museums, fantastic food options and quirky, bohemian vibe.