The University of Louvain hosts the Guild’s General Assembly 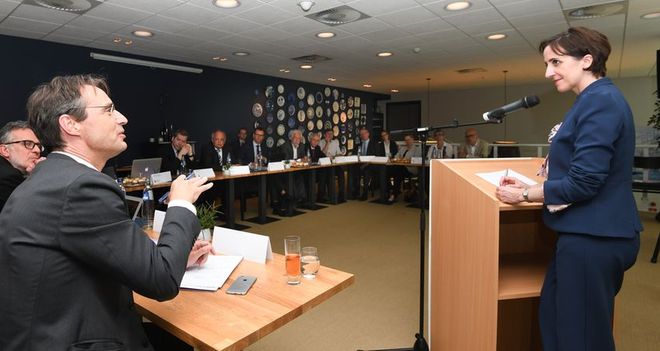 Guild presidents met in Louvain-la-Neuve over the course of two days (4-5 June) to discuss the network’s policy priorities, internal collaboration and its strategy for the future. They also received updates on Erasmus and Horizon Europe from Vanessa Debiais-Sainton (Head of Higher Education Unit) and Jean-Eric Paquet (Director-General for Research and Innovation).

In their discussions about their priorities for Horizon Europe, Guild presidents asserted their strong support for the European Research Council and the Marie Curie-Skłodowska Actions. The General Assembly (GA) agreed that funding for these instruments should be doubled for European science to remain competitive at a global level.

Presidents also underlined the importance of recognising the equal value of the Social Sciences and Humanities. Such disciplines are central to a Europe distinguished by the strength and resilience of its societies and characterised by an aspiration to social justice. Herman Van Rompuy, the first president of the European Council, prompted the GA to reflect on the way universities can develop civic consciousness and contribute to the future within and beyond Europe.