The Guild Elects a New Board 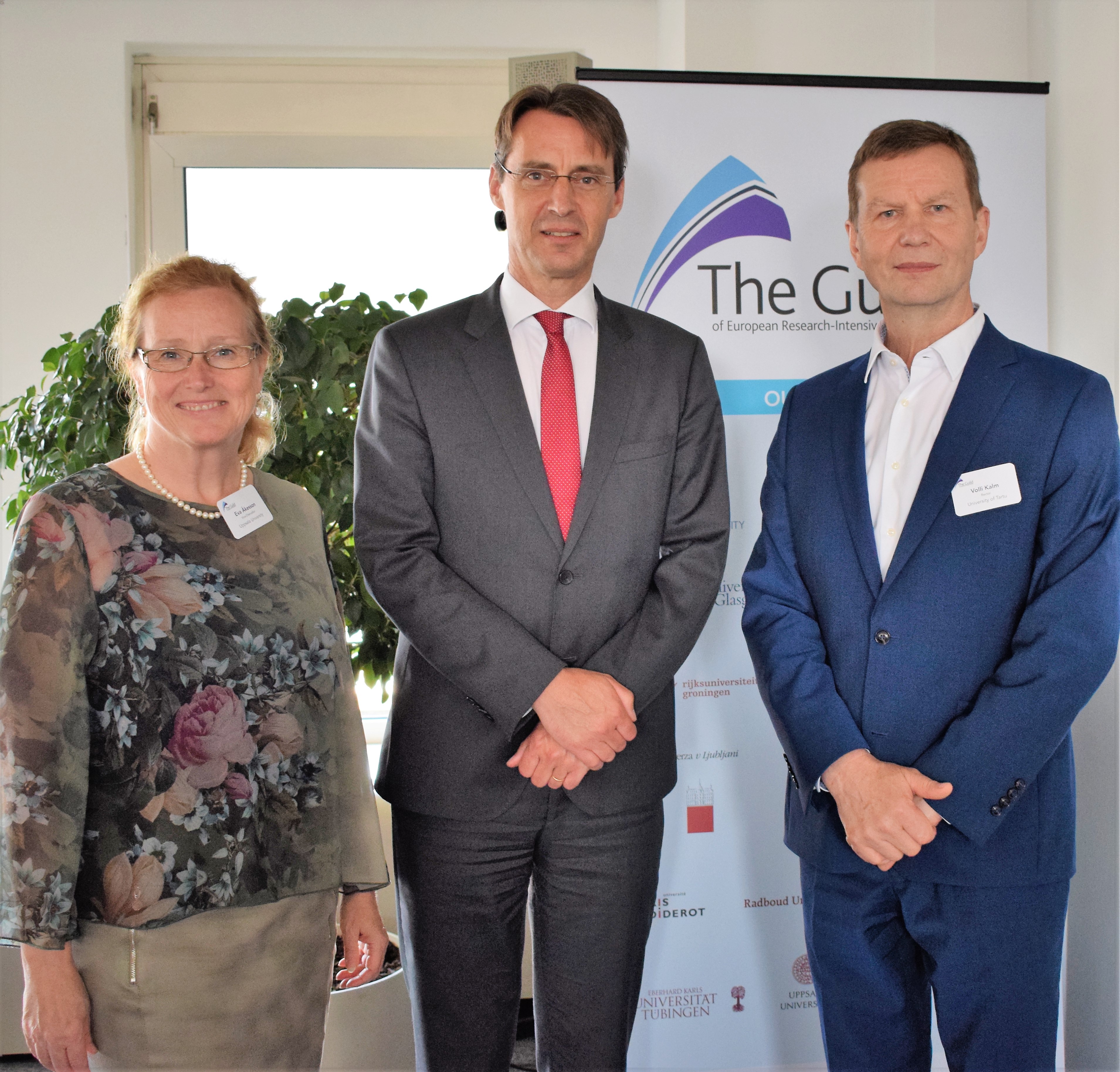 The General Assembly noted its debt to the founding Board, which has made such a significant contribution to the Guild’s early successes, and for the very personal commitment, energy and leadership of its members Ole Petter Ottersen, Stanisław Kistryn and Anton Muscatelli, who will continue to serve on the new Board.

The academic careers of the four new members have transcended disciplines, work sectors and borders. Åkesson and Kalm conducted post-doctoral research in North America in physical chemistry and geology respectively, Muscatelli has served as adviser to the World Bank and the European Commission, while Blondel, who studied philosophy, applied mathematics and computer science, has been a visiting professor at Paris Diderot and MIT, among other universities.

Commenting on his election as Chair of the Board, Vincent Blondel said: “The Guild has made very significant progress in a short space of time. For the next few years we want to continue to support research and innovation policies, strengthen collaboration amongst our members, and further shape the distinctive profile of the Guild.”

As the network consolidates its presence in Brussels, the Guild’s Secretary-General Jan Palmowski commented that “the personal biographies of our Board members alone embody our vision for collaboration and transdisciplinarity. Furthermore, he added, “they provide unique cultural and academic perspectives to the Guild’s work.”